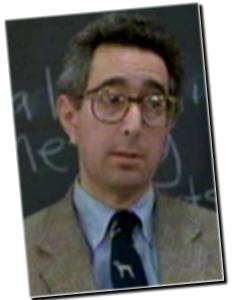 Sam Harris in the Shambala Sun 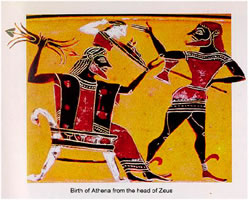 Tim Roessler used to tell a story about Norman Schwarzkopf during the first Gulf War. Somebody asked him how he managed to deal with all the complexities of running such a huge enterprise. He responded by saying that he focused on one thing he had to get done. Everything else had to be fit in around getting that one, most important thing done.

A lot of what I do in my worklife involves helping people to be creative. I think that is why once a year or so I reread a book by James Webb Young entitled “A Technique for Producing Ideas”. The book, based on lectures that Mr. Young gave at the University of Chicago Business School during the 1930s, was initially published in 1940, and has been in and out of print for the past 64 years.

If you’ve never read his little yellow treatise on creativity, I highly recommend it. First of all I recommend it because it provides an excellent approach on how to tackle any creative problem; he outlines a five-step process (which I’ll discuss briefly later) that can be applied to just about any situation. Secondly, it is pleasantly brief; it can easily be read in a couple of hours. And finally, his approach is written in plain and understandable language; he doesn’t get wrapped up in technical or intellectual fancies, but stays focused on his core goal of providing a practical guide to the creative process.

Jim Young, who was born in 1886 and died in 1973, was an advertising man (he worked with J Walter Thompson on and off for the better part of 50 years), but much more than just an advertising man. He had a wide range of interests; his belief was that the broader your understanding of the world around you, the more rich your ability to generate creative thought. He was, perhaps more than anything else, a proponent of curiosity. To quote from the book:

“Every really good creative person in advertising whom I have ever known has always had two noticeable characteristics. First, there was no subject under the sun in which he could not easily get interested from, say, Egyptian burial customs to modern Art. Every facet of life had a fascination for him. Second, he was an extensive browser in all sort of fields of information. For it is with the advertising man as with the cow: no browsing, no milk.”

His five step process for creativity can, with some danger of oversimplification, be summed up in just five words; gather, digest, incubate, ideate, and shape.

First, you must gather raw material, both specific and general – this gathering should be done in as non-judgmental a manner as possible.

Next, this range of information needs to be digested, combined together, mulled over, with time spent considering the possibilities. Webb describes this part of the process as ‘more like listening than looking.’

Third (but only once you have really done your homework), you need to look away from the problem, allow it to incubate, just ‘let it alone.’ Turn to those things that inspire you (art, music, poetry), and you’ll find yourself thinking about the problem constantly.

Fourth, and often in a surprising manner, an idea will occur; perhaps in a moment of consideration, perhaps in a flash, but usually out of nowhere, the process of discovery comes to fruition.

Finally, there is the inevitable morning after, when you have to look at your idea in the harsh light of day. There is a process of refinement, and you must work with patience and openness to shape and develop your idea into something practical.

This distillation of the creative process remains surprisingly pertinent and alive even today, more than 60 years after it was first published. Perhaps part of the reason for this is tied into one of Webb’s core beliefs; he did not believe that there is really anything new in the world, but merely different combinations of the same old elements in different ways.

In my most recent read of ‘A Technique for Producing Ideas’ I was struck by something else that Webb said; in the final chapter of the book, entitled ‘Some Afterthoughts,’ Webb takes the opportunity to elaborate on the importance of language to the creative process. He says:

“ We tend to forget that words are, themselves, ideas. They might be called ideas in a state of suspended animation. When the words are mastered the ideas tend to come alive again.”

He continues later in the next paragraph with:

“ Thus, words being symbols of ideas, we can collect ideas by collecting words. The fellow who said he tried reading the dictionary, but couldn’t get the hang of the story, simply missed the point: namely, that it is a collection of short stories.”

As a person who believes stories are the way we communicate and learn, I think the concepts presented in this book offer an insight into how we can work collaboratively as teams. When a group of people seeks to develop an approach to solving a problem, one key part of the process is finding a shared vocabulary.

In the end, this vocabulary helps in developing and communicating the goals, methods, and results of the endeavor. Without this type of strong underpinning, the project runs the risk of losing track of itself.